What’s in a name?

What’s in a name?

If you are familiar with Riverside Cabins, you know we have three different models: The Yellowstone, The Stillwater, and The Bitterroot. What’s in a name you ask? Let’s go all the way back to 2018 where it all started.

Riverside Cabins is a sister company of Montana Shed Center, who began building sheds in the Great Falls, Montana area in 2008. Within 10 years, MSC became the largest Montana based shed manufacturer with 42 dealerships in Montana, Wyoming and Idaho, evidence that superior quality and good customer service is still good business.

In January of 2018, Riverside Cabins opened its larger production doors with the purpose of offering premium quality modular cabins and homes. Fast forward to 2022 and you have three different custom cabin styles to choose from, all named after different rivers in Montana.

The Yellowstone River is the last major free flowing river in the lower 48 states measuring 692 miles long. The river is believed to have gotten its name from the Minnetaree Indian name Mi tse a-da-zi meaning Yellow Rock River. Lewis and Clark later explored the river in 1806 and recorded the English translation of Yellow Stone.

Flowing through northwestern Wyoming, southern and eastern Montana, and northwestern North Dakota, the river drains almost 70,000 square miles (about twice the area of Kentucky). The Yellowstone River makes its way through Yellowstone National Park (YNP), entering what is known as the “Grand Canyon” of YNP.

The Yellowstone cabin is our most popular model which includes a 6′ x 20′ covered reverse gable porch. Typically, the porch is centered on the building, placing the great room in the middle and the bedrooms on either end. This layout allows for maximum use of floor space by avoiding hallways. Combining the great room and kitchen areas, along with the vaulted ceiling, makes for a comfortable central gathering space.

Every Riverside Cabin has vaulted ceilings for that open feeling. The Stillwater Cabin continues this openness from the living room to the full-width gable end porch. The bedrooms in this model are all on the same end of the cabin with the great room and deck on the other end. The end porch will cut the living square footage down a bit, but with the open great room, kitchen, and living, you have a wonderful opportunity to utilize all the usable space of your cabin!

The Bitterroot Cabin is the newest model at Riverside Cabins. If the front of your cabin is your presentation point, make sure to take a good look at this model. Its 6’ deep porch creates an attractive double gable front entrance.

How to turn your RSC into an AirBnB 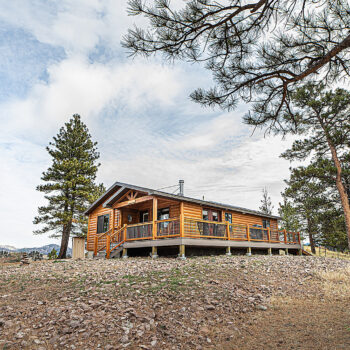 If Walls Could Talk 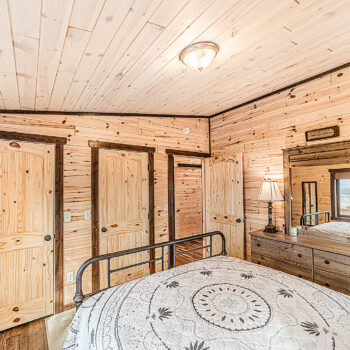