What is a Modular Cabin? 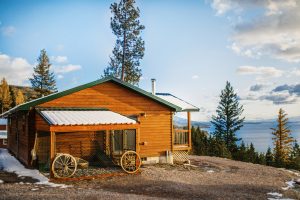 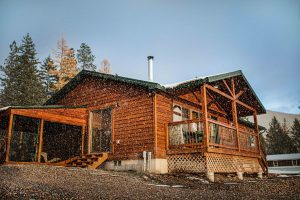 What is a modular cabin? Modular, manufactured, mobile, what is the difference? Are they all the same?

In fact, they are the same in that they are all built in one location and moved to another. After that though, there is a fair bit of difference.

Factory built buildings have been around since 1764 when a structure built in London was shipped to Cape Ann, MA and reassembled.

During World War 2, the Quonset hut was designed by a team of naval architects and engineers at the Quonset point naval air station. Designed as a solution to prefabricated housing that could be built offsite, they transported and erected them rapidly to house military personnel.

The mobile home became very popular during the 60’s and 70’s as an affordable form of housing. Unfortunately, there was very little regulation and many companies built sub-standard, unsafe housing.

A modular cabin is built to the latest International Residential Codes (IRC). These are the highest standards of building practices for framing, wiring, plumbing and energy. This is where the differences show up between a Modular and Manufactured home and they are significant differences.  A modular home, like a site-built home is constructed to the same state, local and regional codes and regulations.

Our cabins and homes are built out of the weather and to the highest standards. They are inspected by the state, then set on your foundation.

Do not mistake modular homes for manufactured or mobile homes due to both being built in a factory setting.

Riverside Cabins can be built on crawl spaces, basements, or pilings (post and beam) foundations.

Insurance premiums for Riverside Cabins are the same as site-built homes.

Riverside Cabins can be fully customized to meet your needs.

Taxes on Riverside Cabins are the same as site-built homes.

Riverside Cabins are considered a form of green building, an efficient use of materials.

Home loans for Riverside Cabins are the same as site-built homes.

All Riverside Cabins are built to the climate demands of your area.